Halting the steadily climbing temperature of our planet will continue to be one of the most challenging and pressing issues of our age. Man-made gases are at the heart of the problem.

In 1987, the Montreal Protocol worked to set targets to stop the decline in our atmosphere and reduce the hole in the earth's protective 'blanket'. The focus was on phasing out the creation of chemicals responsible for the ozone layer's depletion. By 1999, the Kyoto Protocol on global warming highlighted the harm HFC (Hydrofluorocarbons) refrigerants were doing to the world.

Set against this backdrop, manufacturers of refrigerants, and the products that use them, have been proactive in developing viable alternatives that could do the same job without costing the earth. Regulation has also changed the landscape: F-Gas Regulations initiated a significant reduction in HFC usage with a target to limit emissions up to 79% by 2030.

Widely found in air conditioning units and chillers, HFC refrigerants are used to conduct heat away, however their use could be responsible for a potential 0.5 degrees Celsius of global warming by the end of the century if left unchecked*.

Enter R32, a next-generation refrigerant that has the power to reduce energy consumption, minimise the impact on the environment, and ensure the effectiveness of the unit it supports. For these reasons, we've been keen to promote the benefits of installing upgraded air conditioning units and chillers which utilise this innovation.

Having recently completed the successful installation of an upgraded air conditioning system for our client JD Wetherspoon PLC, at the Lloyds No1 Bar in Nottingham, and a new chiller system at a commercial site in Maidenhead, we're experienced at working with key manufacturers on R32 projects. And we've seen first-hand the benefits of these upgrades. So what is R32 and is it significantly different to previous offerings? 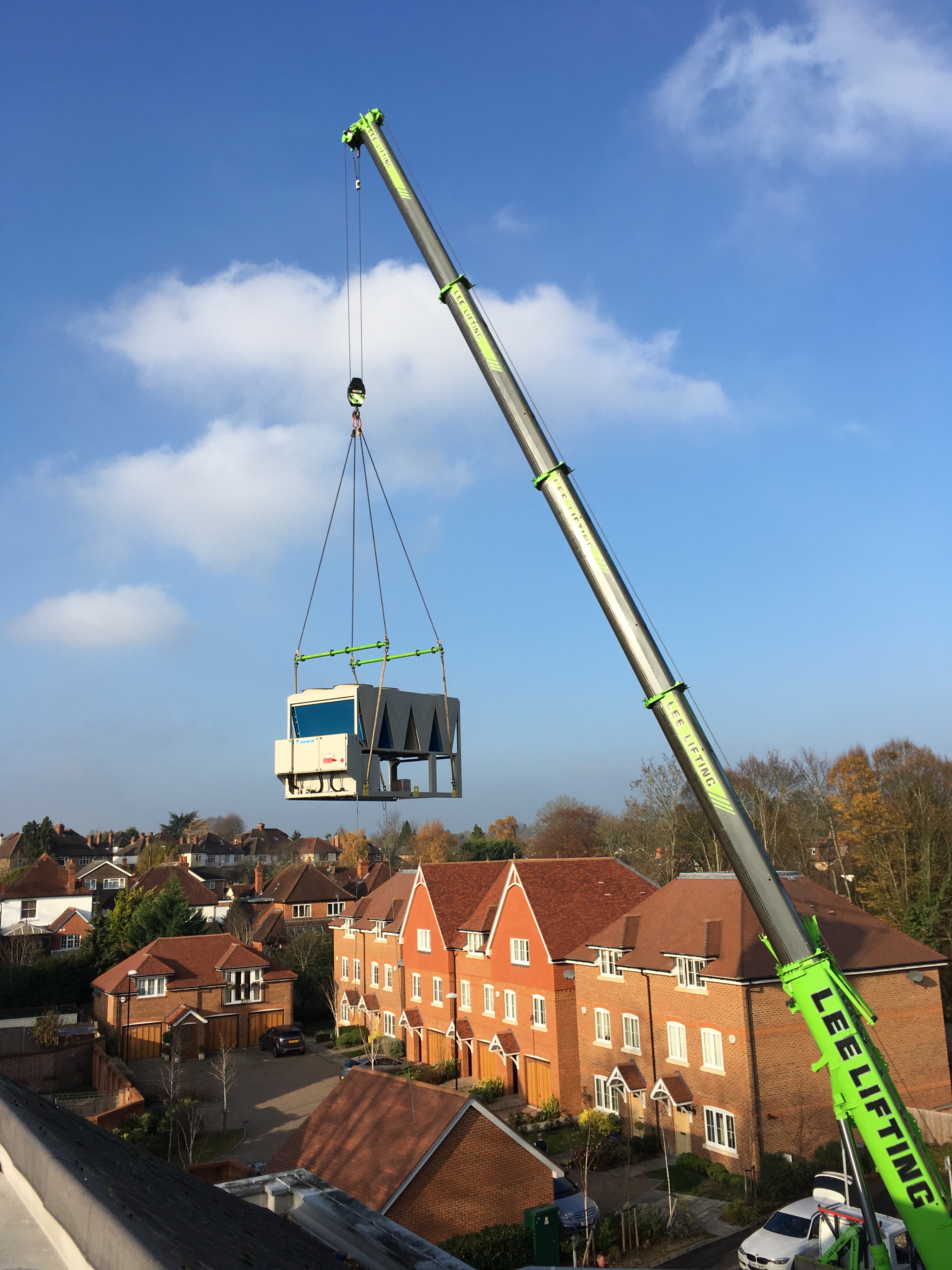 Chargeable in liquid and gas form, R32 has been designed to replace R22 and R410A. R22 was banned due to the damage caused to the ozone layer when it leaked into the atmosphere during the manufacturing process or disposal. R410A is now the substance used in most units across the country. Whilst its ozone depletion potential (ODP) is classed as 0, its global warming potential (GWP) is a concern at 2,090 (meaning that if one kilogram is released into the atmosphere it would have 2,090 times the harmful effect of one kilogram of carbon). Although still an HFC, R32 has a 100-year global warming potential figure of 675 and doesn't pose a threat to the ozone.

Developed by market-leading manufacturers such as Daikin, other benefits include a higher volumetric capacity - which means less is needed within a system in order to operate, therefore it takes less energy, and money, to charge than its predecessors.

R32 is now an affordable and readily available alternative in the market, which promises to protect against rising energy costs in the future. It also looks likely that adopting next-generation refrigerants will become compulsory within a few years.

Our trained air conditioning technicians are experienced at installing and maintaining systems that use R32. Upgrades require both indoor and outdoor units to be changed, and we can effectively manage the logistical aspects needed to support this.

Are your air conditioning or chiller units running high energy costs and delivering poor performance levels? Give us a call to discuss the benefits of upgrading. The more companies that take proactive approaches to environmental concerns, the greener our future looks.

Ricky joined Sowga back in April 2019 and has made a really positive impact in his time with the organisation, providing effective strategic awareness, inspirational leadership, management and mentoring across our service and maintenance division...

As our QHSE (Quality, Health, Safety and Environmental) Manager, Kevin has a wide range of responsibilities which are integral to the success of Sowga and the wellbeing of our people.

As the regional Contract Supervisor of our Bristol and West portfolio the sites under Shane's supervision are located in Bristol and the surrounding areas.

As a Mobile Maintenance Engineer at Sowga, the type of work Dean will carry out varies from day to day, consisting of PPM tasks and reactive works

In previous blogs we've looked at the role commercial buildings play in creating an environment which supports occupiers' wellbeing and productivity.

As a building services engineering company, one of our central objectives is helping our clients ensure their occupants remain happy, safe and satisfied with the service they receive.

It's a common scenario in many businesses today: an employee does their job extraordinary well and is rewarded by promotion to a managerial position. The paradox is that great performance in one position doesn't a successful manager make!

Halting the steadily climbing temperature of our planet will continue to be one of the most challenging and pressing issues of our age. Man-made gases are at the heart of the problem.

Smart technology is changing the way buildings are managed and operated. We examine what it means to have a smart building.

We offer advice on how to optimise your building's performance to create a productive workspace.

We look at the importance of measuring the performance of your built environment for energy management.

If you're searching for a way to improve the performance of your built environment, talk to us!

We're always looking for fresh talent & we offer a variety of #benefits, including access to @perkbox! Find out mor… https://t.co/K2PPNozFQN